A Brief History of FBC 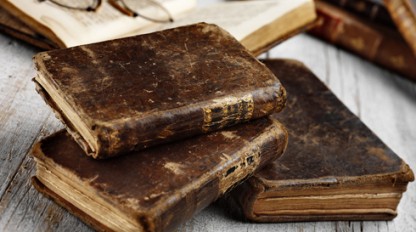 First Baptist Church is the second oldest church in Bloomington, Illinois. Organized in 1837, we were one of the first churches on the frontier soon after the settlement of Bloomington.

To put this time period in perspective, here are some of the significant happenings that also occurred that year in Illinois:

Many of those early settlers and organizing members were seeking the opportunities of a new land. Together, on December 30, 1837, they moved to establish a church of Baptist principles for the worship of God and the proclamation of the Gospel. They were of deep religious conviction, considering themselves to be missionaries with their mission being to bring people to salvation. To lead them, they called the Rev. Isaac D. Newell as the congregation’s first pastor.

Though the time since our founding has been great, our historical records identify many pastors through the years who inspired our members by their ability to preach and teach the Gospel of Christ, while demonstrating caring for members of the church. Of possible equal importance were pastors with the ability to push the church family beyond its comfort zone to challenge the status quo. They helped members continually strive for the church to be both active and alive – not just within our walls, but also within the larger community as well.

For example, in 1865 (the year that the Civil War between the states ended), members of the African-American community approached our church leaders for assistance in helping them establish a church. As a result of this support, South Hill Baptist Church (currently known as Mt. Pisgah Baptist Church) was formed – and remains a strong congregation in our community to this day.

Members of our congregation have been called to serve as missionaries in places as far away as China and Africa, yet have also helped establish two local missions and at least 12 other congregations in the area.

Today, we are striving to move into the community to make a difference in the lives of people in the name of Jesus. Through community partnerships, we long to bless not only those within the church, but those without the church.

With and through God, we seek to be faithful witnesses in ever new and unfolding ways.

We invite you to join us as our story continues.